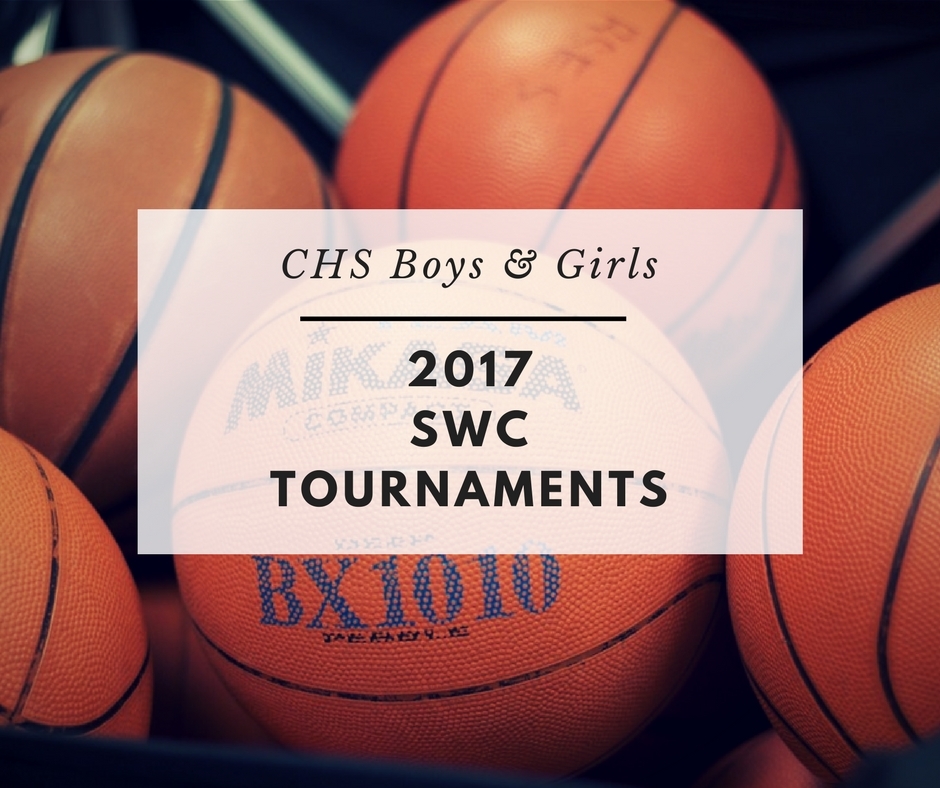 The 2017 Girls and Boys SWC basketball tournaments begin the week of January 23rd. The Haymaker Girls begin on Monday, January 23rd. Cozad will play at Home against McCook Bison at 6:00 pm, The boys’ action will begin on Tuesday, January 24th. The boys will face the Minden Whippets at 6:00 pm at Cozad. Below are the brackets for the 2017 SWC Basketball Tournaments. 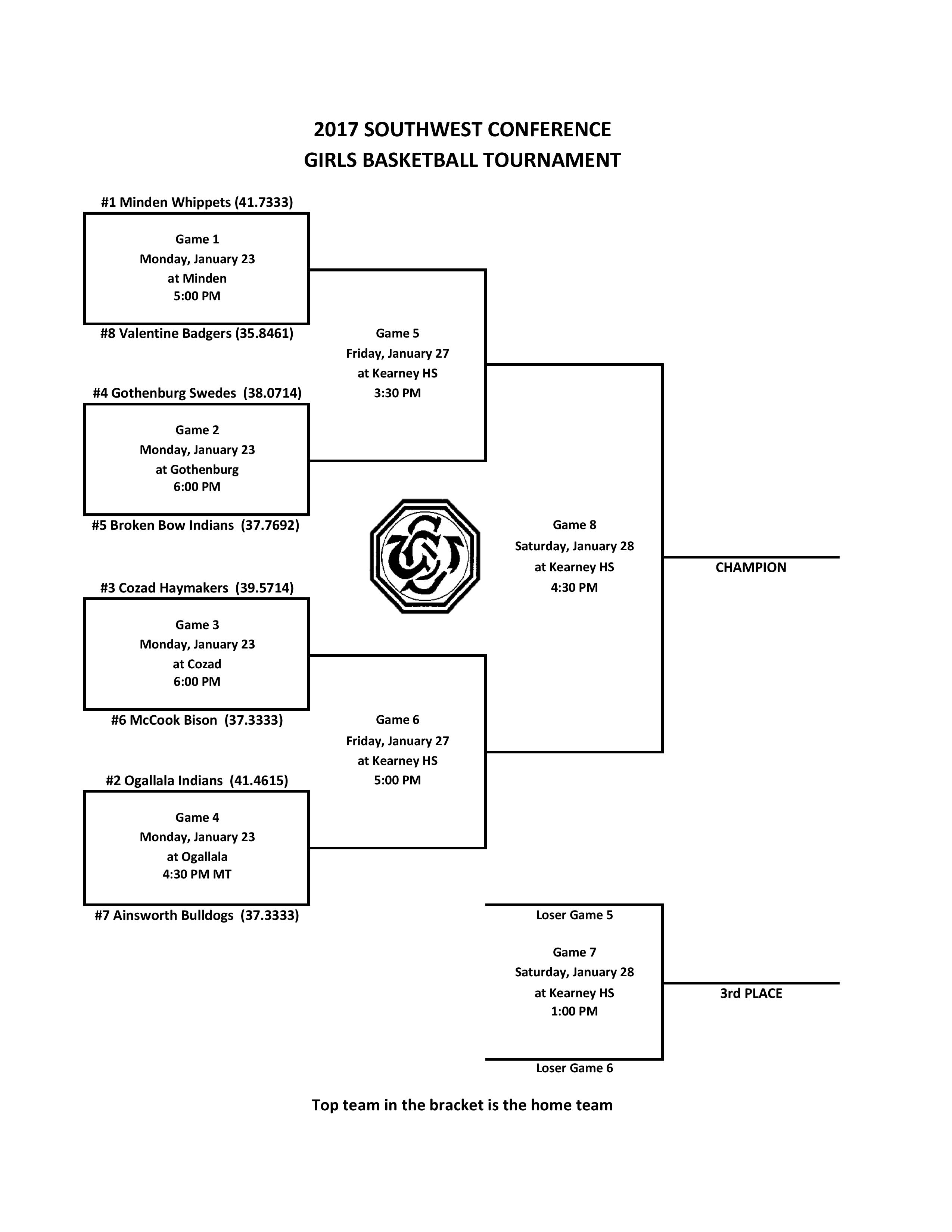 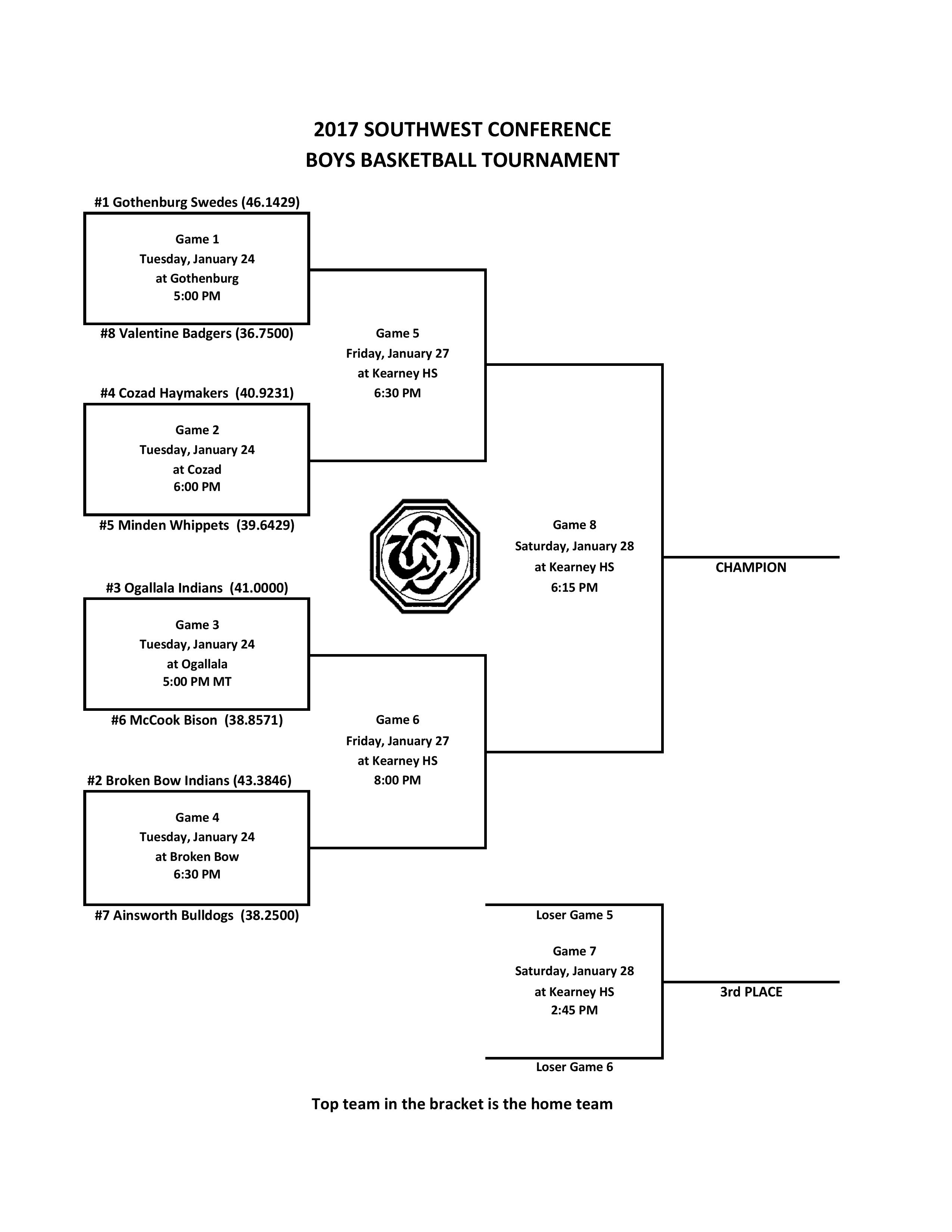